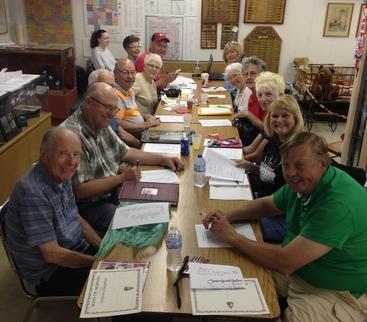 We survive on your donations

This building represents a significant portion of our Norwegian-American history.  Not only is this the oldest Norwegian Lutheran Church in North America, it was built in the oldest permanent Norwegian settlement in North America, founded in 1825 by pioneer Cleng Peerson and the Sloopers.  Cleng Peerson is known as the Father of Norwegian Immigration.  The Sloopers were Norwegian Quakers and Quaker sympathizers, who came to America in 1825. They sailed on the Restauration with 46 passengers and a crew of 6.  This museum is dedicated to Norwegian art, worship and industry.

The church/museum is located in Norway, Illinois on highway 71, and 9 miles northeast of Ottawa, Illinois.  Cleng Peerson Lodge’s interest in this historic building is a natural outcome of working our lodge’s strategic plan to raise awareness of Sons of Norway and Cleng Peerson Lodge throughout the Chicagoland area.  The Norsk Museum allows us to promote and preserve Norwegian heritage and culture while supporting the ongoing work of this viable community organization.

The Norsk Museum is open year-round to visiting groups of students, teachers and international visitors; and is open to the public on weekends between the months of June and September, hours 1-5 p.m., being staffed solely by volunteers.

Material for the present building was hauled 70 miles from Chicago to Norway (IL) by wagon and oxen.  It was used as a house of worship from its dedication in 1848 to it’s decommissioning in 1918.  From then on, it was used by the nearby Fox River Lutheran Church as a meeting place.  In 1977, the Norwegian Center Incorporated, members of the Cleng Peerson Lodge, purchased the old church for $15,000.

The building is excellent example carpentry by pioneer Norwegian craftsmen.  All the structural beams in the attic were hand hewn from soft pine and fastened with wooden (hard wood) pegs rather than nails.  The ends of some of the beams in the attic still bear various craftsmen’s symbols stamped into the wood.

Wood wainscoting in the sanctuary, painted to resemble other varieties of wood, features some of the best of Norwegians artistry, according to renovators.  These boards were installed vertically, and then they were painted to imitate horizontally installed boards.  This was a way on the part of thrifty Norwegians to make inexpensive wood appear to be a more exotic type of wood.  Each door in the church also bears its own coat of wood-grained paint and a small balcony is held by round wood pillars with painted grains.

The museum collection was donated by local families in honor of their ancestors, including many articles brought with emigrants from Norway.  Since 1977, the museum collection has outgrown the original church, so the museum board built its first addition to include room to display kitchen artifacts and “indoor plumbing” bath rooms (not 1840’s authentic however).  Later, a large second wing was built to hold the expanding collection of furniture and farm tools.

The church building is a testimonial to Elling Eielsen (Hauge Synod), the Norwegian who first began Lutheran worship services in North America (in the Fox River area of Norway, Illinois) in 1839.  In 1841, the first church built by Eielsen, a log cabin structure, burned after several years use, and the building there today took its place. Eielsen was born in Voss, Norway, 70 miles east of Bergen on September 19, 1804.  As a young man he went to Bergen to learn the trades of blacksmithing and carpentering, which was later helpful for the immigrants in America.

Remember our museum in your will, so the memories care on for many generations

​Get Involved
Be a Docent